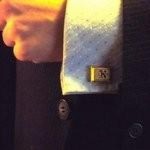 When trying to open an APK file on Android, you have to choose to allow whatever app you’re using to open the file, the permission to install applications, which is dangerous. Google wants you to only trust their Play Store for installing apps.

Because I opened it with Firefox, Android is asking me if I want to trust opening APKs from Firefox, which is very dangerous as then any time I accidentally click on an APK file on a website it may try to install it:

so I chose cancel. Instead, I used my file manager to find the fdroid.apk file I downloaded, and chose to allow it to open the APK file. I chose to allow from this source, and then clicked on Install.

The first time I ran it, I waited a few minutes for it to update its repository list. Once that is complete, I now have a large repository of free, and open source applications I can choose to install.

When I chose my first app to install, in my case the Simple File Manager, I once again was prompted to choose to trust installing apps from the F-Droid app and I chose to accept this risk.

I am trusting the team at Fdroid in their building and signing of apps, and once you install any app, when you open it for the first time, it will request any permissions it wants. You can choose to Allow or Deny any permissions you wish, although you’ll find out quickly if you deny a permission the application demands, it will prompt you again to allow that permission or the application won’t work as intended. When in doubt, don’t install the app, or if you have it installed, uninstall it.